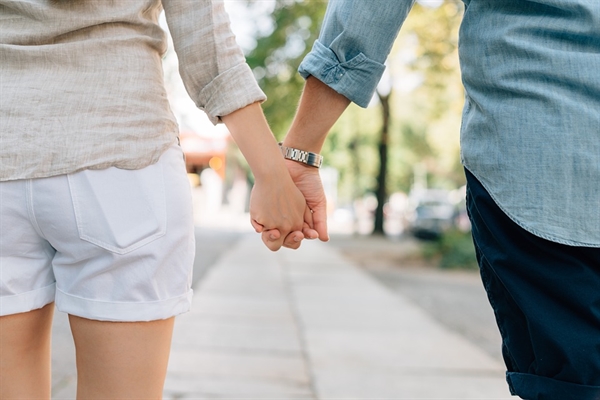 SHaRP: Health to Be Found In Relationships IV

Readers of this blog series will remember that we spoke over the last two instalments about the importance of relationships during childhood and adolescence.
0
SHARES
ShareTweet

Given that there are not, as far as I am aware, any courses and curricula during elementary and secondary school about how to navigate the intricacies of relationships, most of us, by the time we graduate from secondary school have found a way to deal with others based on our past painful experiences, and not on what is “sane”.

By “sane” I mean it as per the definition of the Einsteinian quote (although some sources say it is not from him at all): “Insanity is doing the same thing over and over again and expecting a different result”. Because of wounds that often didn’t even fully heal and based on the way we observe others and their behaviour, we make friends, fall in love, have children, fall out of love, “ghost” the friend we do not like any longer, divorce, and generally mess up the relationship with our children. And then we start over again, doing the same thing again.

Do you think that is a bit exaggerated?

Marriage used to be the symbol of an everlasting relationship between two consensual adults. The latest numbers according to the Center of Disease Control in the United States, dating from 2014, demonstrate that about 41 % of all first-time marriages will end up in divorce. (I am using their numbers, as Statistics Canada have 2008 data). One would think that having had one failure at the most important adult relationship of our lives, the subsequent figures would be better. Not so. 60% of second marriages fail. 73% of third marriages fail as well. And it is not as if people do not try: the average duration of the first failed marriage is eight years long. The average duration of the second marriage is seven years long.

In the above disturbing piece of statistics, we don’t even consider the modern phenomenon of people living together without contractual obligation – an ongoing study by Michael Rosenfeld, from Stanford University, shows that 60% of unmarried couples who had been together for less than two months by the time first studied were no longer together when follow-up occurred the next year. That number increases to 80% by the time Year Five rolls around and becomes a flat number of about 90% for gay couples and 95% for straight couples 15 years in.

I’ve made another interesting discovery. Guests frequently come to attend our SHaRP Relationship retreats. Those who do the SHaRP Couples retreat usually have successful, stable long-lasting relationships, and come to further enrich their already healthy relationships, having been successful in their commitment to each other. However, only 10% of these guests have optimized relationships, measured by the following yardstick. During the interview process that precedes the retreat, their answers to the two questions: “How happy are you with your relationship?” and “How happy do you believe your partner is with their relationship with you?” as “very happy” indicate to me that they are at the best that they can be. Yet, within this successful group of people attending our program only 10% of both partners answer “very happy” to both questions!

We have reviewed how our developmental years often imprint us erroneously with the wrong life lessons about relationships. Something else is at play however as well. If we compare divorce rates today with divorce rates about a hundred years ago, we see that at any given moment 15% of adult women in the United States are divorced or separated, versus less than 1% of adult women in 1920. Aside from the fact that it has become much more socially acceptable to separate or divorce, I believe – although speculatively – that two other factors are at play.

The first is that we live in an age of information overload. There are tons of sites, bloggers, coaches, counsellors, therapists and “talking heads” on TV; all of whom offer advice and recipes on how to fix an ailing relationship. Most of all of these offer sound and good advice. The problem with all of this information is to be found in the following paragraph. We try out the kindly, sage advice of these resources, but as soon as we run into trouble or must put in a concerted effort, we give up either on the relationship itself, or on the recipe and move on, trying out a new one amongst the plethora of recipes out there.

The second is that we live in an age of consumerism. When something is broken, we throw it away. When a gift is not to our liking, we return it (usually waiting patiently in a lengthy line on the day after Boxing Day!) It is easy for me to see how this attitude in society – why fix it when it can be replaced? – plays a role in people not putting in effort into their relationships and these relationships’ problems, especially in the growing group of people who choose to not enter into the contract of marriage.

Realizing this, I worked for decades on trying to find the constants and truths that last a long time underlying a successful relationship. I wanted it for myself, but also to help my loved ones and my patients.

Next time, I will start with the first of five “Great Truths” that I discovered and that I use throughout all my relationships, shoring it up, patching it together and making it work better than before.