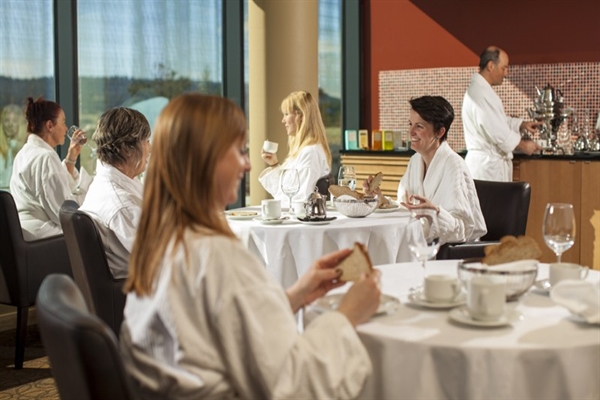 A STORY FROM ONE OF OUR DISTINGUISHED GUESTS I thought I would take the time to share my personal experience as a user of cryotherapy treatments for almost 8 years. Diagnosed with chronic rheumatoid arthritis over 20 years ago, doctors had treated my condition with various NSAIDs and...
0
SHARES
ShareTweet

A STORY FROM ONE OF OUR DISTINGUISHED GUESTS

I thought I would take the time to share my personal experience as a user of cryotherapy treatments for almost 8 years.   Diagnosed with chronic rheumatoid arthritis over 20 years ago, doctors had treated my condition with various NSAIDs and pain killers for many years.   During that time I also endured a couple of back fusions and hip replacements.   In 2006, I wanted to have children so I dropped all medication in an effort to cleanse my body.  It was not always easy, but where there is a will, there is a way.  I delivered a healthy baby girl in April 2007, and since I was nursing her, I never resumed taking any medication.

While on maternity leave, in 2008 my mother was going to a medical spa in Poland and I decided to accompany her.  There, the doctor who took my medical history and reviewed my x-rays and blood tests prescribed daily whole body cryotherapy treatments for the 3 weeks that I was there.   I had never heard of these treatments, but agreed and, while I did not appreciate it at the time, the treatments actually changed my life.

Upon my return from Poland, I felt great – pain free, symptom free – and it was not just the euphoria of being a new Mom!    About a year and a half later, I returned to my rheumatologist and tried again treating the inflammation and pain with medication – but none really worked.  I felt worse and the medication had negative side effects.  For months I debated about next steps and lived on Tylenol.   I finally went on-line and searched “cryotherapy” – almost nothing came up, but after a few refinements, I stumbled on a family run hotel in Seefeld, Austria where the owner had installed a whole-body cryotherapy chamber.  Desperate to ease the pain and suffering, I made arrangements and flew to
Europe in September 2010 to see if cryotherapy would again make a difference.  By the 8th treatment I began to feel better.  I could walk long distances; in fact I started hiking up the surrounding mountain trails in between treatments.  I was amazed and discontinued the Tylenol that I had been taking.  By the time I left I felt great – NO PAIN in any joints or back and lots of energy!   That’s when I concluded that it had been the cryotherapy that had made the difference following my treatments in Poland.

From then, I wanted to see how long the treatments would last before I would again become stiff and feel aches and pain.  For me it came about 4-5 months later and so since then, I have basically gone back to Austria, Poland and Ireland twice a year and have been free of any medication for the arthritis since then.   In June 2015, I decided to stay closer to home and booked a stay at Sparkling Hill Resort.   There I met Mr. Hans-Peter Mayr, the General Manager and CEO, and Mrs. Jana Gohl, the Operations Manager – two extremely caring and capable people who are genuinely there to help.  It was the same type of Cold Sauna that I was familiar with from Austria.   It was a transformational 12 days.  I left pain free and symptom free.  By late October, I started feeling pain in my joints and back and reached out to Jana to book a stay in early December and, once again, left feeling energetic and pain free.

Let me close by stating that, whole body cryotherapy – well documented in Europe for treating a host of physical and mental disorders, as well as for sports enhancement and injury rehabilitation / acceleration – has often been misunderstood and mis-marketed in North America as, among other things, a panacea for youth and weight loss (aka movie stars that jumped on the bandwagon).   While it is not for everyone (there are a number of contra-indications), those willing to try an alternative form of treatment over time, can reap benefits.  I am living proof and I keep spreading the word in the hopes that one day, there will be more of these facilities closer to home, and that this alternative treatment will be recognized for its benefits by health care providers, insurance companies, and the Governments, among others.
-Maria Rabiasz, Mississauga, Ontario